Round and round going nowhere

A lot of times I wonder where the term originated from.  Freedictionary.com defines it as the flurry of activity during Christmas… La actividad frenetica de las Navidades… Okay, I was just trying to sound smart.  I got that from the online free dictionary, as well.

Perhaps the term was coined because this phenomenon is universal.  For some reason, the season just seems to give everyone a dose of adrenaline boost.  All of a sudden, there’s so much to do… presents to buy (and wrap), Christmas parties to attend, work to finish before the Christmas/New Year break… Everybody’s on the go.  Stressed.  Happily stressed?  It depends on the person, really.

Months back, I told myself I will not take part in the hustle and bustle of Christmas shopping and preparations.  I made a Christmas shopping list early on so I’ll have time to prepare.  I think I did pretty well for the most part… finished shopping early enough.  Or so I thought.  Yesterday I found myself at the mall still buying some stuff.

Worse, I paced myself in wrapping gifts (I personally do the wrapping because it’s somewhat therapeutic for me)… so for the past three nights, I have been sleeping past 1am because I was wrapping.  Pardon the analogy, but at some point last night I was beginning to compare the unwrapped gifts to the loaves of bread — they never ran out.

We have family reunions, we have the Christmas midnight get together,  reunion with friends… lunches and dinners.  There is an overabundance of food.  Not that I am complaining because I do love getting together with family and friends.  But planning for those get togethers can be really taxing, too.  I have yet to finalize the menu for the Christmas dinner and family lunch that I will be hosting.  (…and right this moment I am asking myself what I’m doing in front of the computer when I still don’t know what to feed my guests in the coming days…)  Like I said earlier, STRESS…

To add to the neverending activities for this season, I was invited to an office Christmas party.  It’s imperative that I attend… and they even gave me a role (I’ll be a judge of an activity).  I know it’s going to be a fun night.  The only catch is, it’s a themed party… and everyone had to come in a costume.  And that included ME.

The theme is “Comic Book Villain.”  Great, I had to add finding a female villain costume to my list of things to do. So I did what I do best when I needed an idea… I googled.

Female villain, hmmm… I did Catwoman years ago in my past life, so scrap that.  Poison Ivy — where will I get the red hair?? Oh, and the body that will go with the green leotard?!  Scrap that, as well.  The Evil Queen in Snow White or Maleficent from Sleeping Beauty.  (Are they even comic book characters?)  But didn’t I blog before that I WANTED to be Snow White — and not the Evil Queen??  I told myself, though, that if I don’t find a character I would like, I’d dress up as the Evil Queen — grudgingly so.

And then I found her… Lady Deathstrike. 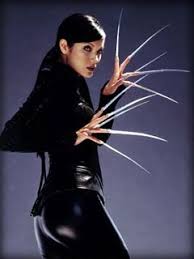 I am so channeling her!!

Former lover of Wolverine turned evil.  In that skin tight, all black leather outfit of hers, she’s a sight to behold!  Fine, I don’t have skin tight leather outfit (nor the body for that, as well), but I have black skinny jeans… I can improvise.  And the hair. I can do that — or at least, ask someone to do my hair just like that.  I can do my make up.  Piece of cake.  The only semi-difficult part would be finding the claws — which I ended up making myself (with bond paper, silver poster paint and lots of imagination)…

… and lastly, a pair of leather boots!  Now I have every reason to get myself a pair.

these boots are made for walking...

Now that I think about it, I just realized that I got my Halloween “I-want-to-wear-a-costume” wish for Christmas…  Amazing!

Forget the rush, forget the hustle and bustle… I know tomorrow and in the coming days I will be running around like the White Rabbit again, making last minute preparations for Christmas dinner (and everything else).  But tonight I will have fun channeling Lady Deathstrike.

I am happily stressed… and I do love the season! 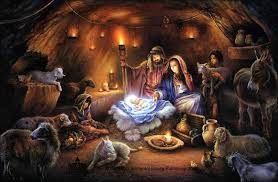 This is what it’s all about.

I spent the most part of the day wrapping Christmas gifts.

I am not complaining, really.  I think I love wrapping gifts as much as I love shopping for them.  For some reason I find wrapping gifts quite therapeutic.    I even sing — or hum– as I wrap.  I really get transported to another world and when I’m in the zone, nobody dares to bother me.

As I was wrapping — and humming Christmas songs this time — I got to think of the gifts I would want for myself.

I had to dig in really deep.  You see, as much as I love the whole process of buying, wrapping and giving of gifts, I am not the type who will ask for something for myself.  Of course I like receiving gifts (who doesn’t?!), but I’m fine with anything that’s given to me.  I’m happy enough with just the thought of getting something.   Some people call it being cheap, I call it being appreciative.

After my last blog entry which was pretty serious stuff, here’s something quite shallow — and yes, bordering materialistic.  Shame, shame, shame!!  But since it’s the holidays, indulge me…

12 Gifts I WANT for Christmas

#12.  A new cellphone.  With touch screen.  Color pink or white.  With unlimited call and text plan.

#11.  Nate Archibald (aka Chace Crawford) OR Damon Salvatore (aka Ian Somerhalder). Come on, a girl can dream! 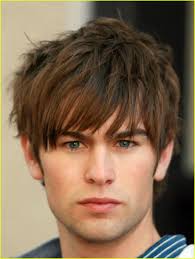 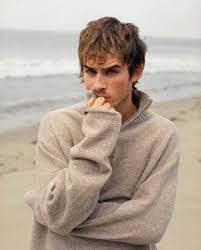 #7. Complete DVD set of all seasons of How I Met Your Mother.

#6.  Victoria’s Secret lingerie.  One can never have enough VS underwear.

sale or no sale…

#5.  A gift certificate for a half day photo session with a famous glamour photographer. Make up and all.  Think Nigel Barker.  Such a dream!  Hopefully I don’t faint before the photo shoot even starts! 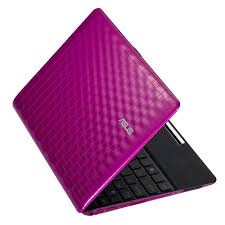 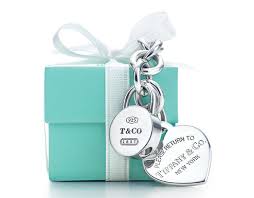 fit for a goddess

photos via weheartit.com and google images

...and the countdown begins

The other day I opened my file that says “Xmas List” and decided it’s about time that I update it.

I made a template for said list years back.  It starts with “Immediate Family,” followed by “Relatives from Side A,” then “Relatives from Side B.”  Next in line will be “Godchildren,” then  “Mommy/Daddy Friends from School,”  then  “Son’s Friends from School/Baseball Teammates,” then “Personal Friends.”  This will be followed by the “Teachers and Coaches” and then “Business Staff/People.”  Believe it or not, I also have the names of the staff of my favorite establishments — the ones who are really nice to me– as well as the guards at the mall.

The hardest to remove are the names of the ones who passed away.   Somehow, by keeping their names on the list, it feels like they are still around. (Sigh.)

To retain order in the universe, of course by removing names, I know that there is a big chance that there are new names that will be added.  A new godchild… a new teacher… that really nice barista at Coffee Bean who knows what to make for me even before I enter the store… a whole new set of chosen classmates and friends for the schoolyear… a whole new set of baseball teammates… the butcher, the baker, the candlestick maker…

… and the list goes on. And on. And on.  For some reason, it is much easier to add than remove names.

were you naughty or nice?

I like Christmas shopping.  Okay, so I love shopping, period.  That’s a given.  But there is something about Christmas shopping that gives me a certain sense of thrill.  I like thinking about what to give this or that person.  I try to think hard about what the recipient will truly appreciate.  It is not always easy.  I do have a budget to stick to.  And considering I give gifts yearly, well I do run out of ideas.

Yet despite that, I still think it’s fun.  No, it’s more than fun. It’s exhilarating.  You should see me coming out of a mall or a bazaar after a Christmas shopping spree… you will surely see that big smile plastered on my face.  My feet may be complaining, but my smile will still be there.

Ticking all the names on my list is quite a feat.  One friend commented that I seem to have a corporate budget given the number of people I want to give gifts to.  And given that it’s already mid-November and I haven’t really started tackling the list, I will need to manage not just the budget but the time, as well, if I want to finish shopping for this Christmas.

But the ever positive shopper in me is not perturbed.  For one, I know that when you give out of the goodness of your heart, then it shouldn’t be difficult.  You will get something back in return.  I believe in provision.  I believe that as I give — cheerfully, if I may add– I will also receive something… whether it’s more shopping time… or more budget… or a genuinely happy smile from the receiver.. or more gifts that are in turn meant for me.  As shallow as it may sound, the shopping experience, to me, is happiness enough.

As I look at my Christmas list, in a way, I can’t help but be thankful… because I know that the long list, with tick marks and all, signify that I am provided for.   I give because I have.

Note at the end of this year’s shopping list says:

Remember: You are blessed to be a blessing!