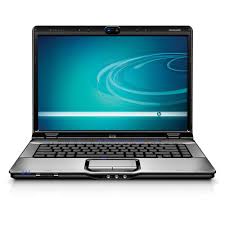 Remember before Christmas last year I blogged about wanting to have my own Notebook?  An Asus Notebook — the Seashell Karim Rashid Collection– in hot pink, to be exact (See 12 Gifts for Christmas).  Well, Santa – in the form of He-Man –granted my wish (though not the exact unit, I got a black HP Pavilion Notebook that’s really sleek and slim). But said gift came with the expectation that I will be writing more (using my NEW notebook, of course) and that I will be bold enough to submit my essays to various publications. That Santa-He-Man has such great faith in me.

So, why did I want a notebook when I have a desktop pc at home and I’m normally home, anyway?  Well for one I wanted to be able to write even when I’m out on errands.  Yeah, like while I’m waiting in line in the bank or in the supermarket, I can just bring out my notebook and type my thoughts away.  Smirk, smirk.  Like that’s even possible.  Okay, so I have pictured myself sitting by my lonesome in my favorite cafe, typing away… The picture of a writer deep in thought, creating a masterpiece while drinking her favorite iced mocha.  Nobody bothers me because they will think I am busy writing a novel (when in truth I am probably just blogging)…  Nevertheless, I will exude the confidence of a (real) writer because I have the props, I mean, tools for it.

Seriously, I really believed that having my own notebook will make me a better writer (Tiger needs his clubs… ARod needs his bat…  Get my drift?).

What, you may ask, have I written so far using my notebook?  It’s been a month since Christmas so surely I must have already produced something.

Well, you see, I don’t have a wi-fi router at home.  My desktop is the one connected to a broadband server, ergo, it’s what I use whenever I blog.  A couple of times I tried to type my blogs using my notebook, but then I had to save them in a usb and then transfer the file to the other computer so I can upload it online.  This practice proved to be quite time consuming, so I went back to blogging using the desktop since I can go online anytime.

And so for the past 4 ½ weeks, said notebook was basically used for uhm, HP games like Chuzzle, Bejeweled, Slingo (Santa-He-Man can shoot me now). Oh, and yeah, Superson and his friends just love to use my notebook for Plants vs. Zombies.  They were able to upload it, somehow.

how fun is this??

The other afternoon I went to my mom’s house while Superson was having drum lessons.  I was excited to bring my notebook because they have a wi-fi connection so I can go online anytime.  I can finally blog – or do something other than play games – using my notebook!!

But then something went totally wrong.  For some reason, my notebook just won’t pick up the signal from the wi-fi router.  First I stayed in the dining room where my brother usually uses his laptop. No signal.  Then I moved to the library where the router was located, thinking that the signal should be stronger there.  Zilch.  I went to the other room.  Nada.  I checked the router if it was on. Yes, it was.  I checked my brother’s laptop and saw that it had internet connection.  And so I came to the realization that something was wrong with my notebook.

I am not a quitter.  I told myself I came all this way to use my notebook, and I wasn’t leaving without having used it.  And if I had to tinker with it to solve the problem, then so be it.

And so I tinkered.

First thing I clicked was Troubleshoot. I was no dummy.  I could follow simple instructions. So I first let the computer detect the problem.  Eventually the screen said, “No connections available.”  But since I knew that there was supposed to be a wi-fi signal, I didn’t stop there.

Next thing I did was to try to change adapter settings (heaven knows why).  Then I tried to manually set up a new connection or network. Still nothing.  And then the computer asked me if I wanted to restore my original settings. I thought that it would work since I was able to get signal before my son and his friends started using the notebook for their PvZ marathon.  And so I pressed restore.

After about an hour of not getting anywhere, my son arrived and found out that I still haven’t connected to the internet.  I started blaming him and his friends.

I went back to Troubleshoot and tried to read the help topics again, for the nth time.  Then I saw something that I read much earlier which I didn’t really pay attention to.

If you cannot connect to a wireless network… check the side or the keyboard for the wireless button and press it to turn on.

The wireless button was off.  The whole time.  When I pressed it, this small icon under my screen started blinking, “connection available.” 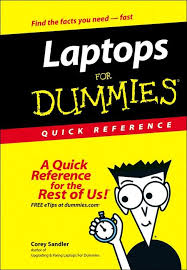 i should make my own version

So what did I learn that day?

Well, for one, having a notebook doesn’t make one a better writer.  It’s merely a tool. Good writing comes from the brains, the heart, and yes, practice.  Lots and lots of practice.

Secondly, I learned that you cannot cut corners when following directions. The directions are there to be followed.  You cannot assume you know everything, because if you do know everything then there’s no need for manuals or in this case, “help” topics.

What did I do successfully that day?

I unwittingly deleted Plants vs Zombies and Yahoo Messenger from my notebook when I pressed restore.  What an idiot, indeed.

SGM killed the Zombie... and the Plant