Wait, does that sound pathetic?  Okay, maybe so.  But if I am to be really honest, then yes, Facebook truly serves its purpose of “connecting people” anytime, anywhere.  I need not go out of my area, my village… or my house even, for me to know what’s happening in the lives of my friends — as well as other people who are not really my friends.  Well, of course there are people who are firm about not having an account… but this blog is not about them.

On good (?) days, the five minutes I originally intended for FB will be stretched to ten… then twenty, then thirty.  When there are really interesting people around, expect one hour of Facebooking (yes, I now use it as a verb).

Time just flies when you’re onto something… The world around you seems to stand still when you’re engrossed in cyberworld.  That is, until you realize that you spent the past hour practically doing nothing but learn about the latest gossip in other people’s lives.  Oh, that and gush over other people’s pictures.

Last night, I logged on to my Facebook account just to post updates about the project I’m busy with at the moment.  The plan was to relay a message to the members of that group.  Since there were members who are pretty new to the group, people I haven’t personally met and are still practically strangers to me, I thought of checking out their FB sites.

First I looked at some pictures… family pictures, pictures with other relatives, tagged photos from other people… photos of their children playing various sports… I was viewing the tournament photos of one of the boys, when after several clicks, I ended up looking at old pictures of the dad.  High school pictures and college pictures from the late ’80s and early ’90s.  I lingered a little, tried to find out if there’s a certain degree of relationship between me and the dad (meaning if I knew him from somewhere).

And then I suddenly stopped.  After the third photo circa ’90s, I had to veer away from the account.  It suddenly felt creepy. I mean, I had no idea who that person was, yet I was viewing pictures of his youth.  Imagine me cringing.  I felt like a stalker!!  I was quite ashamed of myself.  I’m still cringing right now.

Time and again I have mentioned how I value personal space. I try not to get too close because… well, it’s just uncomfortable.  When it comes to baring myself, I am pretty choosy.  Besides, I am vain.  And so I choose the things I would want people to know about me… what I want them to see.   Basically, I’m pretty conflicted… Facebook is good for my vanity and my narcissistic tendencies.  On the other hand, it doesn’t do well with my thing for personal space.

Gosh, I can’t imagine other people viewing photos of me taken in high school. I mean, total strangers looking at me like they know me when they really don’t.  That’s why when I found out that you can change the security settings and you can choose your audience, I changed mine right away.  But then there are times when I still get messages from total strangers saying they saw my picture and they want to make friends with me.  Eeeeew. Scary.  Unless he’s the real George Clooney or Chace Crawford, expect the invite to be rejected (or better yet, erased from the face of the cyberworld!).

So when I caught myself looking at the old photos of this guy I didn’t really know, it made me wonder if my view on personal space is somewhat lopsided.  I mean, here I am ranting about how I don’t like strangers trying to creep into my world, when on the otherhand, thanks to Facebook — and yes, modern technology — I can easily find out a lot of things about people who don’t know me from Adam.  I don’t seem to respect other people’s personal space, do I?

But I won’t be too hard on myself.  If you don’t mind posting your photos, your life’s status, your love life, even your favorite color on Facebook or on any other social networking site, then you can’t blame other people if they end up knowing a lot about you.  That’s why there are security settings.  And basically, you post at your own risk.  Each of us is responsible for our own posts.

Nevertheless, I have learned my lesson.  Since I adhere to the rule, “Don’t do unto others what you don’t want others to do unto you,”  I vow to stop looking at the albums of people I don’t really know.  Nor will I obsess about the status updates of some people who don’t really matter in my life today.   Maybe I should cut down on Facebook altogether, say no to friend requests.

Except of course if I see something like this… photos about Facebook via weheartit.com. Chace Crawford photo from wikipedia.

If you do have an account then you know what I mean… You check your notifications one morning, then you find friend requests from people you don’t really know… or people you used to know in earlier life but never really talked to.  And so for a moment you contemplate on befriending them because, after all, you have matured and you are friendlier now.  Or maybe because the stranger’s profile picture looked just like George Clooney… oh wait, it IS George Clooney in the picture! Duh?!

Sometimes I feel bad not responding to someone’s friend request that I just let the invitation sit for, say, about six months… Okay, so maybe that person would have already figured out by now that I didn’t really want to accept the friend request.  Though at least technically I haven’t really rejected said person so I have no reason to feel guilty.  But then again, not confirming the request is pretty much telling. 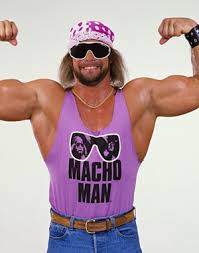 So am I a bad person if I hit the “ignore request” button? But then again, do I really want to be friends with Monsieur Delifrance from Paris or Mr. Macho-Wearing-Tank-Tops from uhm, the gym?  What about this high school classmate that I NEVER breathed a single word to, all those years we were classmates?  All I remember is that the boys used to tease him a lot.  And Mean Girl Me couldn’t help but laugh whenever they teased him (gimme a break, I was very young then!).  And then now this guy wants us to be Facebook friends.  If I hit the ignore button, then it’s like rejecting him all over again.

Now I feel just like JLo (yes, the new American Idol judge).  We both just can’t say NO.  Watch American Idol auditions and you will know what I am talking about.  (This is not a paid advertisement for AI, you don’t really have to watch the show if it’s not your thing.)

Back to Facebook.  What I am saying is, nobody likes being rejected.  Unfortunately, while to some people Facebook is a great way to ‘find’ friends, well it can also be an avenue to reject people.

But of course, you can’t say yes to all friend requests, especially the ones coming from total strangers.  They may look hot and yummy (did I just say yummy?!), but didn’t mother tell you not to talk to strangers??  I guess Mr. H & Y wouldn’t mind being rejected.  Besides, even if he does mind, you don’t really know him so who cares, right?

What about Mr. High School Teased-a-Lot?  Is it right to reject his invite?  But when I think about it, do I really want to know his status updates? Do I really care?? And if I see him walking somewhere, will I even smile or say hi to him (like Facebook friendship gives you a connection). I think not.  I don’t even how he looks like now (no photo uploaded), so I wouldn’t know if it’s him. What’s the point, right?

Several months ago I received a friend request from another high school classmate (let’s call him Mr. Teased-a-Lot #2).  Despite the same misgivings (I didn’t really know him, I never talked to him before, etc), I accepted the request.  Funny thing was, the profile photo he uploaded was the picture of the wrestler Batista. Yey, I am now friends with Batista.  Maybe I can smile at him (Batista) when I bump into him.  See?! What’s the point in being Facebook friends with someone you don’t really know anything about? 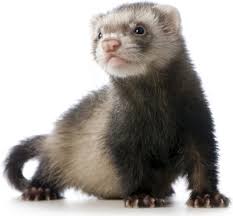 The next time I checked, his profile picture was a ferret. Great, I’m friends with a ferret.  Now I am thinking of ‘defriending’ the ferret, but I don’t want to hurt his feelings.

Rejection.  Some people really just ask for it.

Truth be told, I can only think of one Facebook rejection that I had.  Back when I was pretty new in Facebook, I sent friend requests to friends (and not really friends) both from high school and college.  I remember sending this guy (an old college crush) a friend request thinking that he knew me from school anyway – because I was always stalking him (haha, that was a joke, of course!!).   Seriously, at some point in our college lives, we talked a few times. And so I was just being friendly. And mature.  Yeah right.

Because I don’t do well with rejection, I stopped inviting people to be my Facebook friends.  As much as it pains me (such drama!) to hit the ignore button on someone’s invite, my psyche also can only take so much rejection, so why risk it?

Besides, the people who really matter know where to find me.